Biodiversity: It’s Not Just About The Plankton

When you work closely with biodiversity, you often get caught up in the details: how many different species, intra-species variants, and individual populations are needed for ecosystem resilience? Do we have enough White Box-Yellow Box-Blakely’s Red Gum Grassy Woodland and Derived Native Grassland habitat area? How about enough Ba humbugi snails, or White-bellied go-away-birds?

Unfortunately, there’s only one Han solo, and it’s extinct.

Are you confused yet?

Try taking a step back and reflecting on biodiversity on a grand scale. What does it mean, really?

Let’s go back in time to the beginnings of industrial forestry in the late 1700s. In Germany, a general effort was underway to simplify government administration through statistics, and forests were described only by commercial tree type and quality. The controlled, uniform forest quickly became the new ideal, and the first (80-year) rotation of industrial spruce produced spectacular yields. But the second rotation collapsed. The forest understory had been cleared, removing organic matter that would normally nourish the soils, and the nutrient cycle, including soil building, nutrient exchange, and codependence between fungi, insects, mammals, and flora, had been disrupted. We call these ‘ecosystem services’, and they are critically dependent on the diversity of species and their interactions. To draw a parallel to business, smart merchants diversify, creating multiple options to lean on when markets fluctuate. The first generation of trees had been gifted centuries’ worth of preparation by the previous natural forest – and then used it all up in one fell swoop.

The financial costs of the second rotation were high: production losses, pesticide and herbicide interventions, attempted reintroductions of certain species to artificial habitats to try and restore the needed level of supporting services. Incidentally, this is one of the reasons we like ecosystem services: financial implications are something everyone understands.

This episode is just one of many that reveals the partnership between us and the ecosystems that surround us. We influence them, and they influence us by providing (or not) all sorts of bits and pieces that keep us running. And what’s the foundation of a good partnership? Some say trust, but maybe respect is a better word – respect for our partners, not just for the value they provide. We are one of many bricks in a castle: equal members of a community, just like trees, fungi, and North American least shrews; by definition, no one brick is more important than any other, and every brick has an equal claim to being there. Biodiversity is the glue holding the bricks together, and when you remove that glue, as the foresters did, you lose the entire castle.

So how does that relate to what we do at Ecosphere+? Our forest conservation projects in Latin America are helping to save some of the most biodiverse areas on the planet. Did you know that 40% of all life on earth exists in rainforests? These incredible ecosystems are home to around 10 million species of animal, plant and insect life!

In Peru, we are protecting biodiversity hotspots in the Amazon rainforest. Here, new species are often discovered, and we are saving the habitat of many high conservation value or endangered species, such as jaguars, blue macaws, giant otters, spectacled bears, giant armadillos, and many more.

And our project along the conservation coast of Guatemala is a super highway for migrating birds traveling up and down Central America. It is home to an incredible 7-10% of all the world’s species – a bird lover’s paradise!

Find out more about our projects, and how you can take action to be a protector of biodiversity.And let’s remember to look at biodiversity as the sum of its parts: as a glue, but also as a reminder that you should probably let that Agra vation beetle agra vate you. 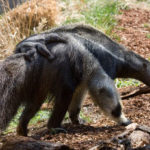 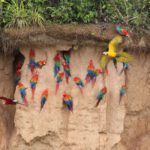 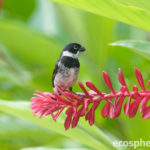 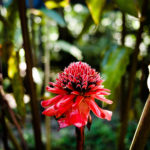 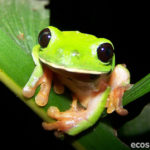