Macaw research and conservation in Tambopata 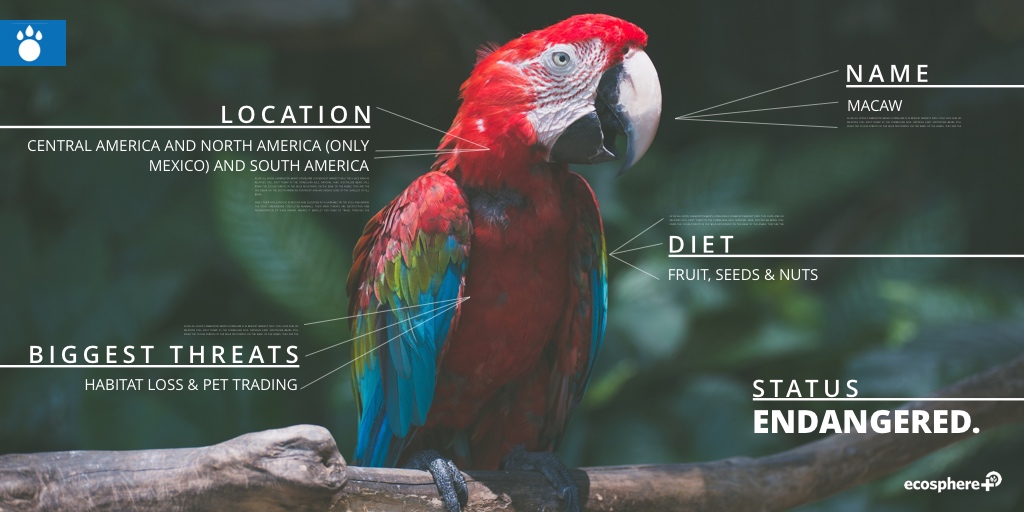 Our Tambopata-Bahuaja Biodiversity Reserve project is located in an internationally recognised biodiversity hotspot area. Our NGO partner on the ground, AIDER, aims to improve the understanding of this area as well as promote biological and conservation research and knowledge.

As part of these efforts, every year, AIDER holds a symposium to convene recent research as well as academic and conservation experts in Madre de Dios. The event, which encourages the exchange of recent results and promotes the importance of research for a better management of conservation areas, focuses on four themes:

In its seventh edition in 2018, more than 25 keynote speakers presented their findings and discussed their results during this 3-day event.

One such piece of world-renowned research is one the Macaw, the largest species of parrot, which is an iconic bird of the Tambopata-Bahuaja National Reserve and the Blue-Headed Macaw is one of the 30 High Conservation Value species that our project works to protect. The reserve has one of the highest concentrations of ‘clay licks’ globally. Macaws, along with other parrots, ingest the clay because it has high levels of minerals with detoxifying qualities that the birds need to stay healthy.

The Collpa Colorada, within the reserve, is the largest known clay lick in the world. Hundreds of macaws and parrots, up to 17 different species, congregate here daily, including the endangered Blue-Headed Macaw and more common Blue and Gold, Red and Green, and Scarlet Macaws. It is located deep in the rainforest in an area that is uninhabited but close to the Tambopata Research Centre. The Centre is the headquarters of a long-standing Macaw Research Project that started in 1989 which is now one of the world’s foremost studies on wild macaws. One systemic study of bird numbers and behaviour in Collpa Colorada started in 2013 as part of the Macaw research project. 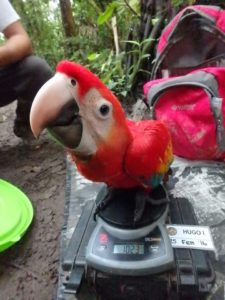 The latest results from this study, for example, record that there is an increase in the use of the clay lick by macaws between August and December, with a peak in September when they use the area as much as four times longer than during the first half of the year. Recent research has also shown that June, July and August of 2018 had the highest numbers of birds in the area since its start.

The majority of macaw species are endangered in the wild, with rapid habitat loss from deforestation and illegal trapping for the wildlife trade as their greatest threats. They require a large area to forage for suitable foods, over 100 km, and therefore need a wide range of healthy forest to thrive. The abundance of macaws at the Tambopata clay lick could be seen as a positive sign on the health of the surrounding ecosystems, which is conserving critical habitat for a number of species.

Climate finance both helps to make this research possible and to increase the health and resilience of the ecosystem on which the macaws rely. Our project also supports a wide programme of biological monitoring throughout the reserve to track the health of the species and ecosystem and also any illegal human impacts. The support of our clients to address climate and sustainable development impacts and targets through financing forest conservation at the Tambopata-Bahuaja National Reserve make this research and conservation work possible.

Contact us today to discuss how you can take action.