Investing in Nature: no tragedy of the horizon

The following blog was published by our Senior advisor, Andrew Mitchell, on his Equilibrium Futures site. To read the original blog please click here.

A new report released in 2019 at the Environmental Finance Natural Capital Investing conference in London, opens up a new horizon for investors – the world of buying-in to nature. It is a live topic in both London and Paris at the end of 2019, with a slew of events on either side of the channel examining how capital can be deployed to both keep our Earth cool and to help finance the restoration of nature.

It sounds like a simple fix but in reality the vast majority of private money is doing just the reverse, often encouraged by global subsidies that create false price signals and massive market failures. I sense two big potential upside winners in the future. The first is natural climate solutions and second is reform of the food sector.

So let’s look at the first. Several billion years ago, our atmosphere was 95% CO2. Today it is around 0.041% CO2, but rising fast, by geological standards. Earth created its own climate solution, long before we dreamed up industrial carbon capture and storage. It deployed plankton and trees. The former downloaded carbon as limestone and sediments, the latter wall papered the land with leafy solar panels, creating coal, peatlands and oil.

It should be no surprise therefore that natural climate solutions, such as reforming agriculture and planting trees to suck carbon up and also investments to prevent burning down the store, (see Mirova Natural Capital and others) as in preserving ancient forests, will become a growing focus for investors. Today this solution offers between 30 and 40% of what the world can do to stay below “2 degrees” between now and 2030. Yet, at the last count,  it gets just 3% of climate finance. What an opportunity!

Why do I sense a change? Forest carbon credits that had no buyers for a decade have recently found a home. Large oil majors seeking strategically to transition to a less carbon intensive model, bought up millions of tonnes of these credits in the last quarter of 2018.  Today forest carbon credits are undervalued. They sense that others, like aviation and shipping, will want them too, and will end up paying more. In 2019 Shell offered carbon neutral fuel at petrol pumps for the first time by buying forest carbon “transets” (I hate the word offsets), as they transition to a new kind of energy future and help to save rainforests at the same time.

Secondly, the Loi PACT coming into force in 2020, in France, will mandate all pension funds there to apply a % of their funds into green assets. In China, the new ‘green weighting’ of the banking system requires less collateral capital if lending into green businesses, than lending into brown. A new Taskforce on Nature related Financial Disclosure (TNFD) is in the works, as a follow on to the TCFD on climate, and in the coming decade, this will help drive smart capital towards restorative nature based asset allocation, rather than into destructive investments.

The firework on the cake this month came from none other than Pope Paul. He backed the concept of an International Law of Ecocide. This was first promulgated by the late Polly Higgins, a visionary London lawyer, who advocated that persons complicit in the wholesale destruction of nature, that compromised the security of future generations, should end up in court. So could we see Pension fund Trustees or Bank CEOs subpoenaed for investing in callous plastics companies polluting oceans or lending to reckless palm oil growers destroying rainforests? You decide. 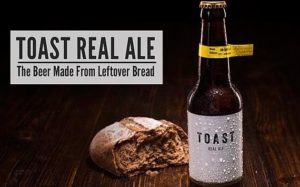 Toast Plc – Toast says 40% of bread is never eaten. Now you can drink it.

So what about food? Today, according to Faunalytics, humans kill about 80 billion animals each year to feed 7 billion people. I suspect we are reaching peak meat. The share prices of alternative meat companies have been pretty frisky this year. Veganism is up. Consumer realisation that the world’s industrialised food system is the biggest global destroyer of biodiversity and drives some 25% of climate change emissions, makes us sick, and forces many traditional farmers into suicide, is causing millions to think more carefully about what they eat. Cheap food it seems, comes at a price.

The mammals around the dinosaur’s feet are insect protein units, vertical farms, brewers using surplus bread for beer, and environmentally minded impact investors. Few family office forums have cottoned on to this, but they will. Cocoa and coffee producers are facing a double whammy of drought and deforestation, which is forcing them to rethink production, as increasing temperatures mean lowland mountain slopes will become untenable, and cooler uplands are in short supply. As much as 40% of production may need repurposing. What an opportunity! 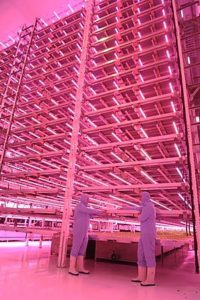 In June 2019, Ocado snapped up Scunthorpe based Jones Food Company in a £17m investment into vertical farming.

In the next decade a “Bloomberg of Natural Capital” will emerge; possibly many of them. They will offer data to guide a new demanding class of green investors. The evidence is, that service providers such as S&P, MSCI, and FTSE Russell are already flirting with new acquisitions such as Trucost, Carbon Delta and Beyond Ratings.

A combined approach of transparency, disclosure and regulation, with standardised comparable dependency and impact data and tools, may one day mean that the world of nature will indeed become an investment oyster.