Biodiversity on the Guatemalan Conservation Coast

Our project on the Guatemalan Conservation Coast is special for a lot of reasons. It’s the world’s largest grouped forest carbon project, made up of hundreds of diverse landowners who have joined to protect almost 60,000 hectares of forest. It’s also a thriving eco-tourism hub, where tourism sites throughout the project area are helping to drive a sustainable and resilient revenue stream for local communities. But the biodiversity of the project area is what really makes the Guatemalan Conservation Coast a true gem. It’s home to nearly 7% of the world’s know bird species, and protects 30 High Conservation Value Species, from the jaguar to the West Indian manatee.

This region of Guatemala, where forest meets the Caribbean sea, is classified as Central American Atlantic Moist Forest with vegetation ranging from mangrove forest and swamp forest to lowland, mid-elevation and pre-montane tropical forest. This diverse landscape, along with its neighbouring position to the Caribbean sea and subsequent humid climate, creates distinct biotic ecosystems. Numerous field surveys have been carried out in the region to understand the richness of the species that live here, which have found exciting evidence of several endemic species, those native and restricted to a certain area. 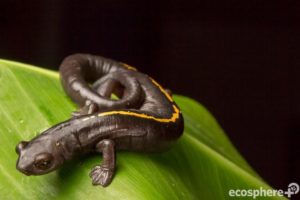 The project is probably best known for its spectacular avian diversity, where 426 species have been recorded, making up 58% of the entire country’s bird species in only 18% of its land area. The project protects forests which are a critical migratory corridor for these birds, connecting North and South America. The project provides a particularly unique home for migratory shorebirds, where 24 species are known to stop over during autumn migration, making use of the area’s important aquatic and coastal-marine habitats.

To safeguard this unique ecosystem, considered one of Guatemala’s biodiversity hotspots, the project focuses on four primary objectives:

It’s important that these principles are in place, as the project area is not without its threats. Deforestation and forest degradation threaten this critical habitat, with the primary drivers of forest loss being the conversion of forest to cattle grazing and palm oil plantations which push farmers deeper into forested areas. Over the last decades this cycle of land use has resulted in the loss of 65% of original forest cover in some protected areas, one of the highest global deforestation rates in the world. Overfishing along the Caribbean Coast, driven primarily by a lack of employment and economic opportunities in the region, is also a key threat to the area. These factors have had numerous negative effects on biodiversity by causing a drop in the abundance of marine species, increasing habitat fragmentation, changing the forest’s structural composition, and driving the overall loss of forest cover within the project region. All of this leads to changes in species composition and ecosystem function, which greatly impact an ecosystem’s ability to maintain and support biodiversity.

Climate finance to the project is therefore a vital lifeline for this biodiverse region, directing critical funding towards systematic solutions to the drivers of deforestation, including effective law enforcement, land-use planning, education, economic opportunities, and sustainable agroforestry initiatives. We’re so proud of the hundreds of stakeholders who have come together to put an end to the further destruction of the Guatemalan Conservation Coast. We’re building important ties here in the region to ensure that this stunning coastline remains a biodiversity hotspot. We’re always keen to grow this work, so if you are interested in being a part of this tide, contact us today and see here to learn more about the project.